What Is Gonstead Chiropractic Treatment?

Chiropractic comes from the Greek word 'cheir' meaning hand + 'practikos' which means done by. In short it means the treatment is done by hands.

Chiropractic is based on the notion that the relationship between the body's structure (primarily of the spine) and its function (as coordinated by the nervous system) affects the restoration and maintenance of health.

It is concerned with the diagnosis, management and prevention of mechanical disorders of the musculoskelatal system which includes the effects of these disorders on the function of the nervous system and general health.

In short, chiropractors focus on the detection and correction of aberrant spinal function and its subsequent effect on how the nervous system controls and coordinates the body.
A Brief History Of Chiropractic

It is based on the teachings of Hippocrates and Galen and the premise that the body can respond appropriately to its environment provided that the nervous system is free of interference.

Hippocrates is known as the founder of medicine and was regarded as the greatest physician of his time.
He based his medical practice on observations and on the study of the human body with the belief that illness had a physical and a rational explanation.

Galen was a Greek physician who revived the ideas of Hippocrates.
The ideas of Hippocrates and Galen were important in the development of medicine through time for many reasons.
They provided the first natural theory of disease  which was evidence of progress as it stepped away from supernatural ideas about cause and cure of illness. 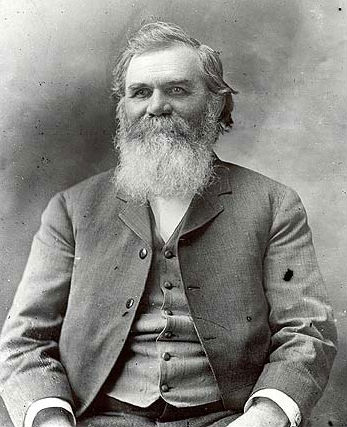 This was further developed by Daniel David Palmer also known as DD Palmer (the Founder of Chiropractic) which led to a focus on the spinal column and its functioning.
The Palmer College of Chiropractic was founded by DD Palmer in 1897. 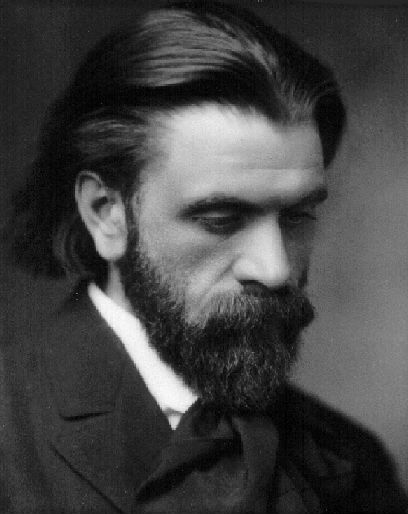 B.J. Palmer and Palmer faculty member Dr. Rossa D. Evins produced the first scientific instrument for chiropractics which is the neurocalometer.
The device locates temperature differentials along the spine for the purpose of analysis and treatment. 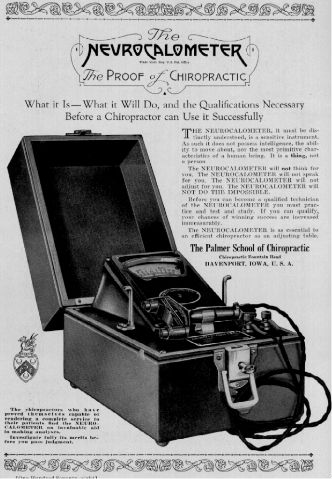 The Neurocalometer and the X-ray machine (discovered in 1895 by German physics professor Wilhelm Conrad Roentgen) aided chiropractic education and development.
Palmer was the first professional school to teach X-ray classes. 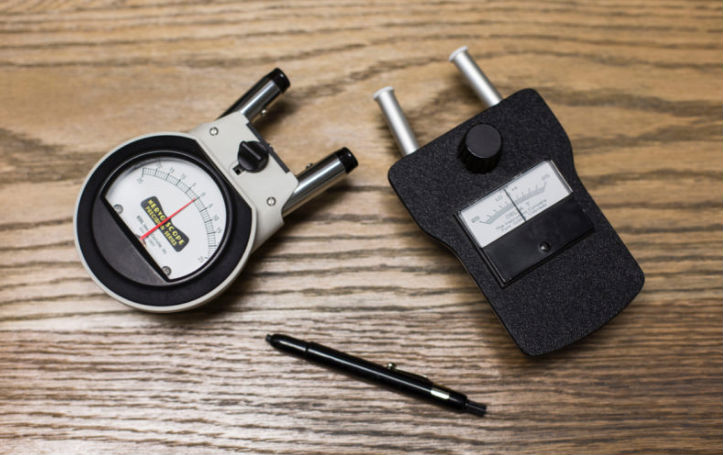 Modern day chiropractors use a Nervoscope which is an evolved version of the neurocalometer.
The best chiropractor Malaysia who is also a spine specialist in Penang uses a Nervoscope when assessing patients.
The Nervoscope measures the temperature difference from one side of the spine to the other. Every Gonstead chiropractic clinic will have one.

The Palmer College of Chiropractic is the first, oldest and largest chiropractic school in the world.
Chiropractic Spinal Adjustment And Manipulation

Hence spinal adjustment or spinal manipulation is a core treatment in chiropractic care but chiropractors may also use other treatments in addition to it.

It is the science and art concerned with the relationship between the spinal column and the nervous system as it affects the restoration and maintenance of health primarily utilizing the hands to adjust the misaligned or malfunctioning vertebrae. 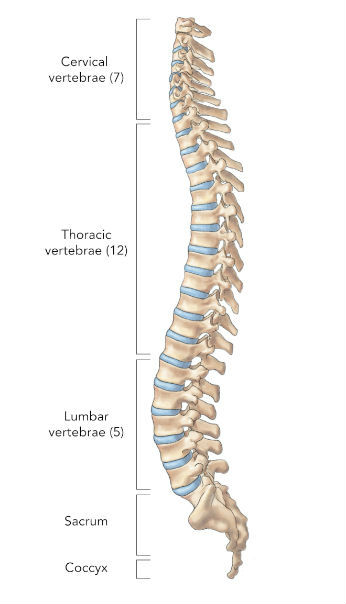 Vertebrae are the 33 individual, interlocking bones that form the spinal column.
The vertebrae are divided into cervical, thoracic and lumbar sections while the sacrum and coccyx are both made up of a series of fused vertebrae.

A vertebra is any of the bones that make up the vertebral column along your spine.
Each vertebra contains an arched, hollow section through which the spinal cord passes.

Chiropractic concerns itself with the science and art of detecting and correcting spinal dysfunction.

Chiropractors use a procedure known as spinal manipulation which is also called chiropractic adjustment or chiropractic treatment.

Others would refer to it as a method of treating people who are sick or in pain by pushing and moving bones in the spine and joints.

It is a system of therapy which holds the belief that disease or pain results from a lack of normal nerve function and which require manipulation and specific adjustment of body structures to help the body heal.
Our Malaysia best chiropractor is a spine and joint specialist in Penang.

It is often referred to as the Gold Standard of chiropractic care. 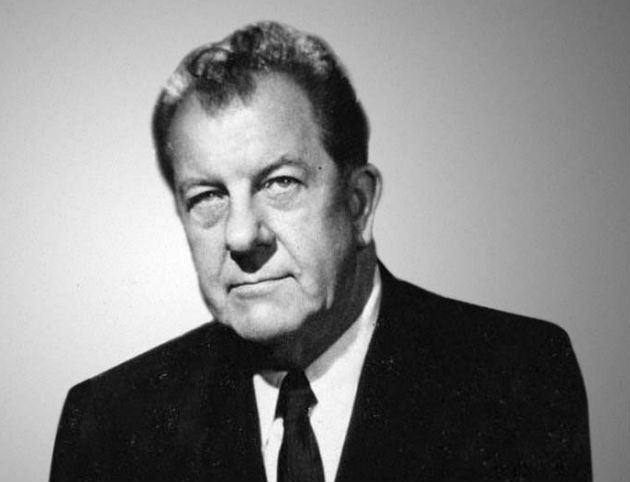 It was developed by Dr. Clarence Gonstead where the Gonstead System is based on scientific research and clinical effectiveness.

The Gonstead System is tremendously accurate and specific in the analysis and correction of spinal dysfunction and subluxation as it has a solid foundation built on spinal biomechanics, anatomy and neurology.

Subluxation is also known as joint dysfunction by chiropractors.

It involves joint hypomobility or restriction and can be the result of tissue injury from an isolated traumatic event such as a heavy fall or from repetitive stresses such as poor posture.

Hypomobility means a decrease in the normal movement of a joint or body part. It means there's restricted joint movement that limits normal range of motion and a condition in which ligaments and tight and movement is restricted.

With the Gonstead System, extreme care and precision is taken to thoroughly evaluate each patient which leads to a specific adjustment tailored to meet the unique needs of each individual patient.

The Gonstead chiropractic technique follows a thorough analysis and diagnosis of the specific spinal dysfunction involved.

The adjustment is a controlled force which is applied specifically to a dysfunctional joint complex with the objective to restore joint mobility.

The Gonstead system is not a one size fits all approach meaning not every case is treated the same.

Gonstead chiropractors are extensively trained and educated to be a back pain specialist which goes above and beyond the normal standard Doctor of Chiropractic degree.

This is one of the main key factors that make our spine specialist in Penang different from general chiropractors as operating a Gonstead chiropractic Malaysia practice requires more education hours, seminar hours and practice hours.

Chiropractic Treatment Is Safe And Effective For All Ages

Gonstead chiropractic adjustments are extremely safe and effective for patients of all ages who may be experiencing any back ache or shoulder pain.

The attention to detail and specific analysis of spinal dysyfunction and subluxation allows for a soft and gentle adjustment to the spine making it the best chiropractic Malaysia treatment.


Patients ranging from newborns, toddlers, children, teens, adults, pregnant mothers and seniors will benefit from Malaysia best chiropractic Gonstead technique which is safe, proven and effective.
Chiropractic adjustment is safe when it's performed by our Gonstead Malaysia chiropractor who is trained and licensed to deliver chiropractic care.

Call us at +6012-4158153 to make an appointment and our Gonstead certified chiropractor in Penang will answer whatever question you may have about the Gonstead System of Chiropractic during the consultation.
Our best chiropractor Malaysia is also a bone and joint specialist in Penang.

A through examination and analysis of your spine will be beneficial as the recommended chiropractic treatment is to detect and treat any back pain and to prevent further injuries in order to help the body heal naturally offering a better quality of life.